[Announcement] Update to Evaluation and Leaderboard

You may have noticed some changes on the leaderboard however, it is nothing to worry about. We have included a grid cost, D in addition to the normalized price, C and normalized emission, G costs. The grid cost is to encourage cooperative multi-agent RL solutions that when evaluated at the aggregated district level, improve grid-level objectives on average. The grid-level objectives that we have introduced are the reduction of ramping and 1 - load factor. See the following sections for more details on the changes to the evaluation and leaderboard.

What is the interpretation of the grid cost and grid-level objectives?

The grid cost, D is the average of the normalized ramping, R and normalized 1 - load factor, L costs:

R is the smoothness of the district’s load profile. Low R means there is gradual increase in grid electricity demand even after self-generation becomes unavailable in the evening and early morning. High R means abrupt change in load on the grid that may lead to unscheduled strain on grid infrastructure and blackouts as a result of supply deficit that is unable to meet the rapid increase in demand. It is calculated as the sum of the absolute difference of net electricity consumption between consecutive time steps:

How is the grid cost reflected on the leaderboard?

There are two new columns on the leaderboard. Grid Cost displays the value of D and Average Score (with grid cost) is the average of normalized C, normalized G and D:

The Average Score retains its original definition as the average of the normalized price, C and normalized emission, G costs:

In Phase I and Phase II, Average Score is used to rank submissions to keep the competition fair. Only by Phase III will Average Score (with grid cost) be used for ranking.

What does this mean for previous submissions?

How does this affect future submissions?

Submissions made after ~ 2022-09-14 15:00:00 UTC will have values for Grid Cost and Average Score (with grid cost) but will not be used for ranking until the beginning of Phase III as with previous submissions.

What do I need to do moving forward?

All you need to do for now is to:

A small suggestion to the ramping part of the grid cost 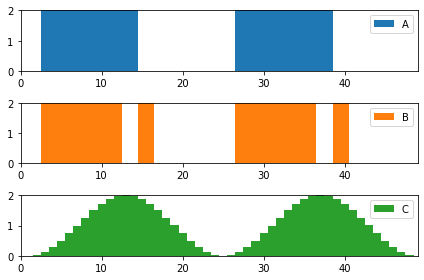 In any case here is the code for the example if you want to check:

Hello everyone,
Is it still forbidden to edit the user_reward.py file ? If I’m not mistaken, it’s the only way if we want to build a reward function with not just instantaneous electricity consumption, carbon density and grid electricity price