Failed builds are being considered in the daily submission limit

It would have been nice if only graded submissions were considered in the daily limit.

@amirabdi: Please refer to our response here : Pytorch fail during the evaluation

Thank you for the response, and it makes sense.
However, I can see scenarios where you distinguish between fails like the attached screenshot here, and other runs which failed after training initiated successfully and the user received some feedback: 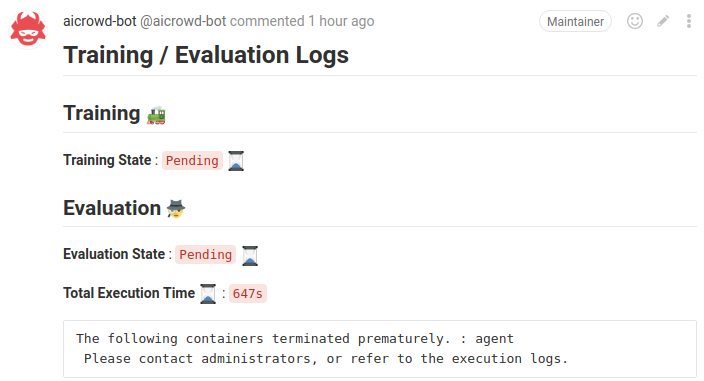 Simply put, I don’t see the users getting any feedback/information back unless the training is complete, thus, it seems safe not to include failed builds and failed trainings in the total number of submissions.

But, if you make a case with the organizers, the number of daily submissions allowed could very well be increased if the organizers (who eventually are the compute providers) are onboard !

We are also working on releasing a few features which will allow you to better debug your submission before making the actual submission. Please expect a few updates on the same soon.